The poor and remote mountain farming village of Wagrain in the Pongau region was the endpoint in the series of transfers that Joseph Mohr went through during the course of his life. On 4 March 1837, he began his service in Wagrain with its population of 1,530. Due to health issues, however, Mohr could not cope with the harsh mountain climate. He thus sought to be transferred to Mauterndorf after only six years in Wagrain — in vain. In the end, the region’s harsh climate, the cold temperatures and the elevation of 800 metres above sea level would end up causing Mohr’s demise.

Today, Wagrain is a popular holiday and winter sports destination and is part of the Salzburger Sportwelt. Joseph Mohr likely wouldn’t be able to recognise his final residence any longer: State-of-the-art lift systems and hotels, a variety of winter events and perfectly marked hiking trails for the summer — among them the popular Salzburger Almenweg trail — make up Wagrain-Kleinarl today. 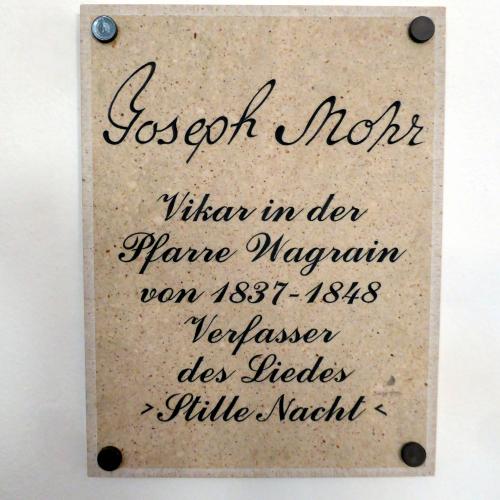 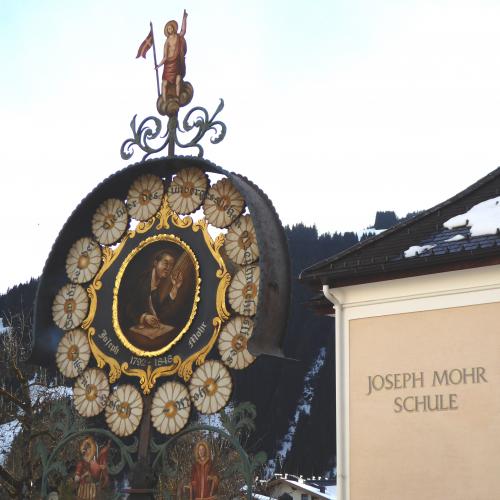 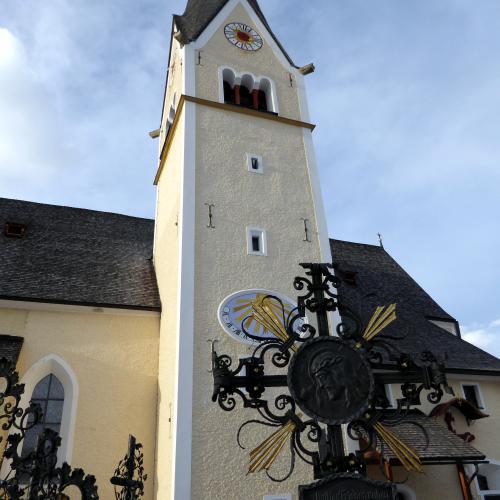 In Wagrain, Joseph Mohr is remembered as a “social vicar”. He cared deeply for the smallest, the poorest and those of the lowest social status. During his second year in Wagrain, he was already the main initiator for the construction of a public school, for which he gave up almost all of his belongings. The derelict wooden sacristan house, which simultaneously acted as a school building, only had one room for around 170 to 180 children. Taking advantage of his influence, Joseph advocated for the speedy construction of a new building. On 5 November 1838, the new school was personally inaugurated by Prince-Bishop Friedrich von Schwarzenberg following only five months of construction. Joseph Mohr also launched an initiative to enable the poorest children to be able to go to school.

In the end, he died as poor as he was when he was born

Joseph Mohr purchased a firefighting water hose for the municipality and also committed himself to caring for the poor and the old. Especially the harshness of the “Einlegerwesen” social system at the time was a thorn in his side: It forced the poor to move from farm to farm to be taken care of for a predetermined time. His commitment left behind especially strong traces in Wagrain. But Joseph Mohr was also popular here as a sociable and musical priest. During his time in Wagrain, he pushed his frugality so far that he ended up owning nothing but a single black robe. On 4 December 1848, Joseph Mohr died from a cold resulting from a pastoral visit to a dying person during winter, aged only 56. The “Priest of the Poor” never saw his poem become the world-famous Christmas song that it is today. His final resting place was left open until the end of the 19th century and then closed again. As there is no picture left of Joseph Mohr, the artist and priest Josef Mühlbacher had the bizarre idea in 1912 to exhume his body in order to create a template for a bronze bust based on measurements of Mohr’s skull. The piece is now on display in Oberndorf in front of the Silent Night chapel. To the horror of the residents of Wagrain, the skull was walled into the chapel in Oberndorf shortly after.

On the traces of “Silent Night” in Wagrain

General overview of the tours

Tours and Round Trips