In Mariapfarr, Joseph Mohr started his first position as an assistant priest: He also met his grandfather there and wrote the lyrics of “Silent Night” in 1816. It was as if the young priest first had to return to his roots in order to create something new. The people were suffering from hunger and poverty and yet the young parish priest continued to hold firmly onto his belief in God: The poem is an immortal testament to his faith.

Mariapfarr, back in the day

It was autumn of 1815 when the 23-year-old Joseph Mohr took up his first position in Salzburg following his premature priestly ordination. He became an assistant priest in Mariapfarr in Salzburg’s Lungau region and thus returned to his roots. Joseph Mohr’s ancestors on his father’s side had resided in Lungau since the 17th century.

The population in SalzburgerLand and in the remote Lungau region had gone through difficult times. Salzburg had become a bleak and hopeless place: Since the year 1803, it had gone through five changes in rulers. Having risen from a clerical archbishopric to an electorate, it fell to Austria in 1806, three years later to France and in 1810 to Bavaria. Only in the spring of 1816, the long period of insecurity, war and violence was coming to an end: On 1 May 1816, Salzburg was finally handed over back to Austria. Hunger and poverty were dominating the social landscape. The year 1815 made it into the history books as the “Year Without a Summer”. A volcano had erupted in Indonesia in April 1815 and the enormous eruption negatively influenced the climates of many parts of the world for several years. Rain, cold and bad weather led to countless crop failures. In 1816, grain prices soared by 150 per cent in just a few months! 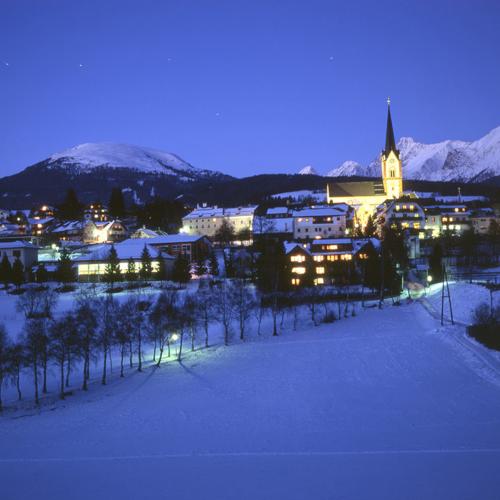 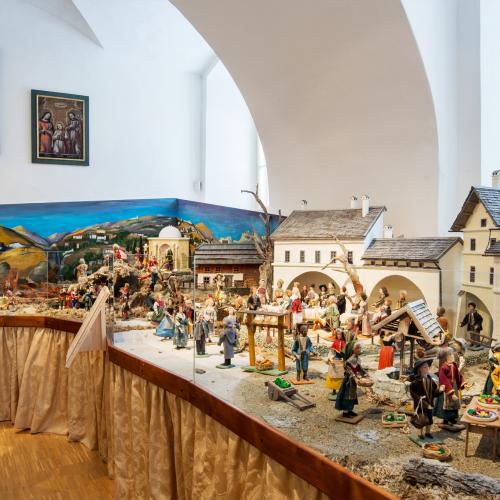 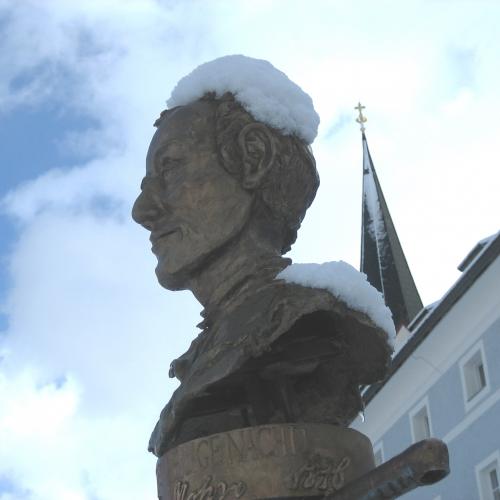 In Lungau, the young assistant priest was more than in demand. But his sociable nature — definitely not a given for clergymen at the time — helped him build up trust. He moved people and also knew how to relate to the farmers, the poor and the children. The many years of war had financially ruined the population. The high price of grain and the crop failures added additional pressure on the people.

With this situation as a backdrop, Joseph Mohr composed the poem “Silent Night” consisting of six stanzas in 1816. Unusual at the time, but typical for Joseph Mohr: He wrote the poem in German. The Christmas mass in the parish church “Unsere Liebe Frau” (Our beloved woman) was also performed in Latin and German, which may have inspired Joseph Mohr. The poem expresses that which gave Joseph Mohr hope during this difficult time: Irrevocable faith in God and in the salvation of the world manifested in the Christmas miracle.

In Mariapfarr, Joseph Mohr also met his grandfather on his father’s side. He visited his birth house, the “Scharglerkeusche”, as well as his final residence, the “Haasenkeusche”. Joseph Mohr’s grandfather died in 1816 in the company of his grandson. After his second winter in Mariapfarr, the first symptoms of Mohr’s lung disease began to surface. He left Lungau in August 1817 and returned to the city of Salzburg for recovery.

On the traces of “Silent Night” in Mariapfarr:

A new song is created during difficult times

4-day trip through the Mozart City of Salzburg and SalzburgerLand