Before Joseph Mohr came to Hintersee in December 1827, he had already been looking after the village inhabited by 272 Catholics on a provisional basis for roughly a year. Following several years of travel — Mohr had left Oberndorf in 1819 — he was the only one to apply for the position in Hintersee. And thus, it became the first position that he was able to administer entirely by himself — undoubtedly a career advancement for him. On 1 May 1828, the provincial government in Linz transferred the vicariate to him.

Hintersee in the Fuschlsee region still remains one of the smallest municipalities in Austria with only 450 inhabitants. Its location at the foot of the Salzkammergut Mountains and near the refreshing Hintersee lake make the area a popular destination for holidaymakers and hikers. Hintersee is small yet charming: a church, a grocery store and a guesthouse. Everything is spruced up and it seems as if the troubles of the world hadn’t reached this far yet. And the appearances are not deceiving: The amazing organic farms are fantastic places to do holidays at and the mountain pastures invite visitors to embark on family-friendly hikes. The new Salzkammergut long-distance hiking trail also leads through the region. 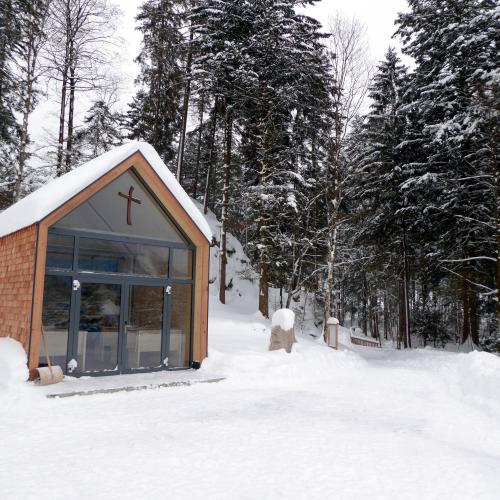 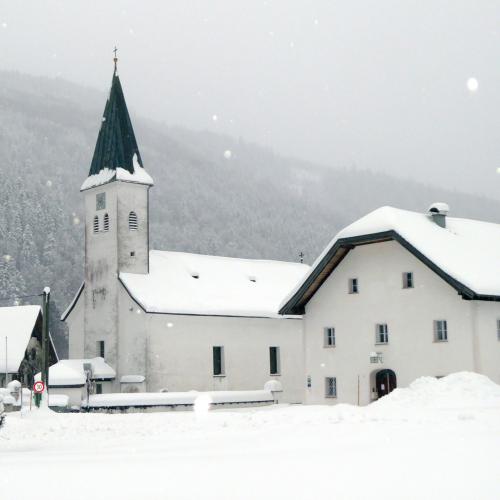 During the days of Joseph Mohr, Hintersee was a barren pastoral position, the inhabitants could not live off their income. The yearly deficit of 80 guldens was being paid off by the more affluent municipalities. The vicarage next to the church had to function as a school as well as a teacher’s home. Next to worship services, Joseph Mohr also taught religious education at the school three times a week. The children had to pay school fees, which those operating the school had to collect, often painstakingly. This was no easy task for the socially conscious Joseph Mohr. Mohr was also not particularly happy with the teacher Johann Niederreiter, who was appointed to work with him, which can be deduced from a complaint sent to the superior authorities in Salzburg.

Help for the impoverished population

Mohr’s career path was not free of difficulties and disagreements with his superiors. In a letter from 1828 to a “fatherly friend” in Latin, Mohr comments on an accusation which is not further elaborated upon. An additional story about Mohr recounts him buying meat off poachers to then gift it to poor families with too many children. The request to be transferred to the Krispl parish, which had better facilities, was rejected. Mohr stayed in Hintersee until February 1837.

On the traces of “Silent Night” in Hintersee:

The creation of the melody

Home of the Ur-Rainer singers

The song resounds for the first time

a small city with a big heart!