The old school in Arnsdorf contains an amazing treasure – the amazing Silent Night Museum! Old, creaky stairs lead up to the first floor and into Franz Xaver Gruber’s former residence, where he lived from 1807 to 1829 with his first wife, and with his second wife and the children from 1826. This is also probably where he composed the melody of “Silent Night” during the afternoon of 24 November 1818. Franz Xaver Gruber was considered an excellent teacher. His great passion, however, was music. And considering Arnsdorf’s affection for church music, he had come to just the right place!

Pilgrimages, after all, still played an important role in Arnsdorf during Franz Xaver Gruber’s days. The small municipality near Oberndorf had been well-known beyond its borders for centuries: Pilgrims came all the way from Rome to visit the “Maria im Mösl” Church and to this day each newly elected archbishop of Salzburg begins his position with a pilgrimage to Arnsdorf.

The economic situation and prospects for the future were dire, which, in turn, made pilgrimages so much more attractive. Franz Xaver Gruber not only taught in Arnsdorf, but also serviced the pilgrims as a sacristan and organist. Sometimes this meant attending several masses in a single day. The high point was the 300-year anniversary of the Pilgrimage Church in the year 1820, which attracted 20,000 visitors. Abbots from the Michaelbeuern Abbey, to which the church belonged, as well as from St. Peter’s Abbey, attended the orchestra’s performance under Gruber’s direction. Arnsdorf had thus always been a place where people met and congregated. A factor which Michael Haydn also took advantage of in order to perform songs in German together with pastor Rettensteiner. A novelty just like the four-part male choir, which is considered among the most significant musical developments of the 19th century. 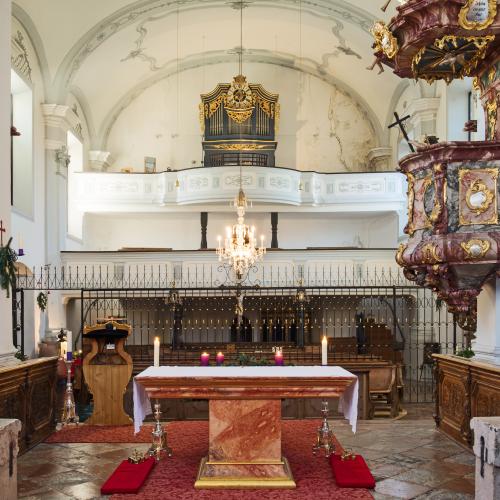 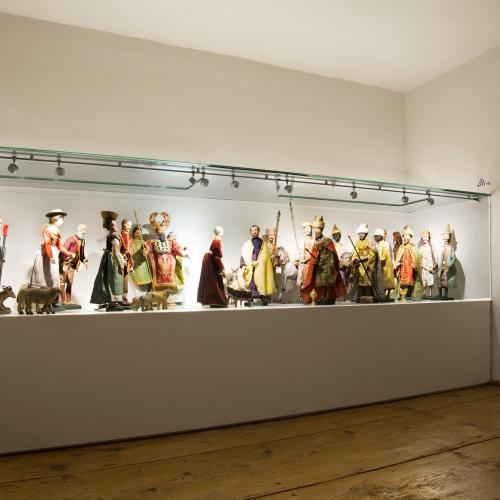 The famed melody was created in the school building

When Franz Xaver Gruber took up his teaching position in Arnsdorf in 1807, he also assumed the duties of the sacristan and the organist. That he could also be the organist of the St. Nikola Church in Oberndorf from 1816 was only possible because his stepson Anton Dürnberger would substitute for him at times in Arnsdorf. Just one year later, a new assistant priest was transferred to Oberndorf: Joseph Mohr. A friendship seems to have developed quickly between the two men. Music was an integral component of this connection.

The school in Arnsdorf was the best in the entire district according to a school report from 1821, as the children were giving their answers with “admirable proficiency”. Attendance, however, was not as good as it could have been because the farmers preferred to keep their children occupied at home to ease the financial burden. School fees also had to be paid and the rural population was suffering from the increased cost of living. Franz Xaver Gruber thus eyed the vacant teaching position in Oberndorf, where he also worked as an organist. His wish, however, failed to manifest. In 1829, he switched to Berndorf.

On the traces of “Silent Night” in Arnsdorf:

General overview of the tours

Tours and Round Trips

Teacher, musician and composer of the melody of “Silent Night”