During the Advent season there is a lot of activity in the domestic kitchens. Some culinary specialties require a long preparation time. Others, on the other hand, want to be eaten at once, and in a particularly sweet way shorten the waiting period for the Christ Child to deliver the presents.

Vanilla crescent biscuits, Spitzbuben biscuits, nut macaroons, rum balls, coconut kisses, Linzer Augen biscuits, cider biscuits, Wolfgangsee lake or Lienz gingerbread, Achensee stollen and cinnamon stars: In Upper Austria, Tirol and SalzburgerLand, Advent is a particularly sweet time. Things are stirred, baked and decorated until the oven hums. The biscuits come out on the Advent days – and of course on the Christmas holidays. Where the tradition of biscuit baking comes from is not clear. One theory says that already in the Middle Ages, in the monasteries, biscuits were baked with fine ingredients and expensive spices to distribute them to the poor at Christmas. Today, biscuit baking is so popular that there are also children’s and adult courses in many places. 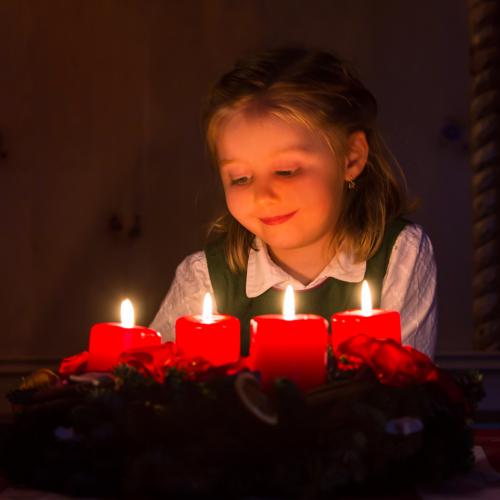 Special tips from the land of Silent Night:

Ingredients for about 30 pieces

Stir the butter, sugar and eggs until frothy. Add cinnamon, cocoa, cloves and the lemon peel. Chop the lemons, orange and raisins and mix in. Add the ground nuts, the flour and the baking powder, and then add the milk.
Now spread the gingerbread mass about 1 cm thick on round wafers. Place the gingerbread on a prepared baking tray and bake slowly at 160°C for about 20 to 25 minutes.
Cover the cooled gingerbread with chocolate or sugar glaze and decorate it with halved, peeled almonds.

Quickly knead all ingredients to a dough and briefly refrigerate if necessary. The dough is very brittle and is best rolled out between two baking mats or two solid freezing bags. Cut out any shapes and bake at 165°C until light brown in the preheated oven for approx. 12 minutes.
Join two shapes with jam in the middle. To serve, dust with icing sugar. 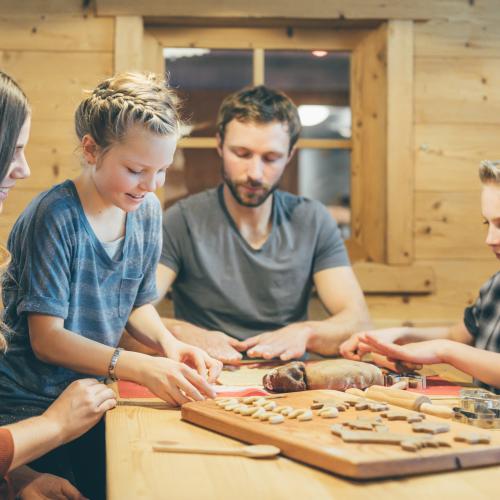 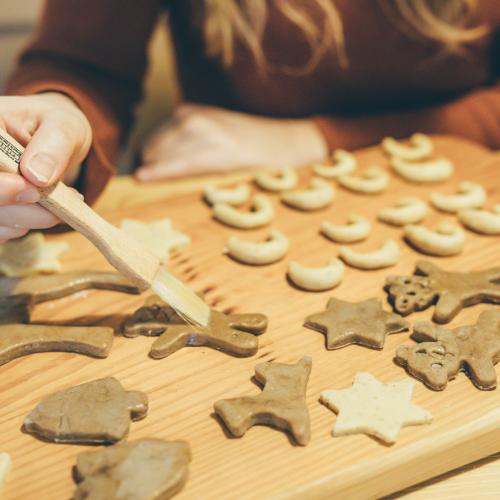 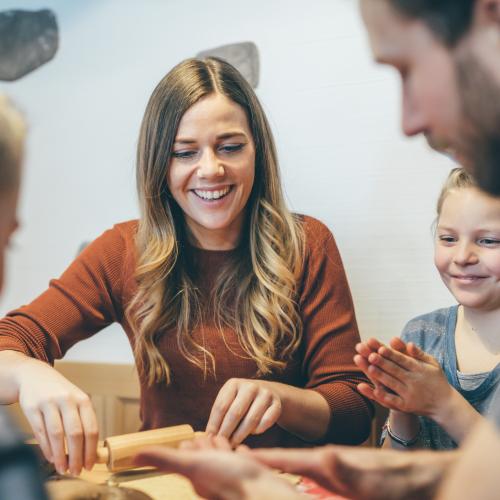 Boil the cider on a small flame to reduce down to 4 cl (two schnapps glasses), which makes the taste more intense. Add the cider and the remaining ingredients in a bowl or on a work surface. Mix by hand and process quickly into a short dough. Cover with cling film and let it rest for 2 to 3 hours in the refrigerator.
The dough is best rolled out between two baking mats – dusted with little flour – or freezing bags until about 3 mm in thickness. Cut round shapes with a diameter of 4 to 5 cm or small rectangles with the dough wheel or knife. Brush the edges of the circles or rectangles with egg white, place some jam in the middle, fold and press the edges well together.
Place on a prepared baking tray and lightly bake in the preheated oven at 165 to 175°C for about 12 to 14 minutes. Dust the warm biscuits with the vanilla-dust-sugar mixture.

Dried pears are also called kletzen in the land of Silent Night. And they lend the name to Kletzenbrot. In this delicious fruit bread, you’ll find everything that nature has to offer just before the onset of winter: rye and wheat flour, nuts, dried pears and raisins as well as all sorts of spices like cinnamon, cloves, anise and fennel. Farmers already baked Kletzenbrot hundreds of years ago as a nutritious winter food to provide enough energy during the cold season. Children usually take longer to warm up to Kletzenbrot because it is not particularly sweet in taste.
This Christmas classic, which they call “Zelten” in Tirol, is baked early in Advent, because the longer the bread rests, the juicier it becomes. It is eaten for afternoon coffee with a thick layer of butter or with ripe mountain cheese, as is the custom in the Gastein valley in SalzburgerLand.
In addition to the Kletzenbrot, there is the “Störibrot” in Upper Austria: It consists of wheat and light rye flour, often seasoned with aniseed. It is traditionally first cut on 26 December. On this day, the “Kripperlroas” begins in Upper Austria.

Recipe for 4 to 5 Kletzenbrot breads

Boil the pears on the first day until soft, allow to cool and weigh. Mix all the ingredients for the filling and let the mixture rest overnight. If necessary, add a small amount of the boiling water from the pears to the filling.
On the next day, prepare the bread dough. Mix together all the ingredients in a large bowl. Add enough lukewarm water in small quantities until a smooth, firm dough is formed by vigorous kneading. Let the dough rest for an hour, then knead again.

Now weigh the fruits for the filling and divide into four to five equally heavy portions. With each fruit portion, knead 300 g of bread dough and shape it all together into a loaf. Make four to five loaves this way. Roll the remaining dough bread dough thinly flat, cut into the same number of pieces as you made bread loaves and wrap around the loaves, covering them completely. Let the covered loaves rest again for 20 minutes.
Pre-heat the oven to 180 degrees celcius. Brush the bread with oil and pierce the dough with a fork. The fruit loaves are baked for one hour with a (fireproof) bowl of water placed in the oven.
In case any dough is left, you can bake simple bread loaves with it.

The Schodablattlang is especially served at Christmas in the Zillertal valley and is a typical “common people food”. The only luxury is the sugar used for this dessert.

Cut the white bread into thick slices.
Bring the milk to the boil and let it cool. Put the slices of white bread layered in a baking dish and pour the milk and poppy mixture over the bread between the white bread layers. Repeat layer by layer. Pour milk and poppy mixture over the last layer of bread and sprinkle with grated cooking chocolate and/or cinnamon. Leave the whole thing in the refrigerator for a few hours.
To serve, simply place the bowl in the centre of the table eat directly out of it with a spoon.

Ingredients for approx. 4 people:
For the dough:
1/2 kg of rye flour (alternatively, half of it can be replaced by wheat flour, then the doughnuts become brighter and softer)
1 egg
approx. 1/4 litre of water
salt
For the filling:
1/4 kg dry curd
300 g potted gray cheese
4 large potatoes, boiled soft, peeled and mashed
freshly cut chives
salt
Sunflower oil or butterfat for deep frying.
Place the flour on a work surface, whisk egg with a little water and add to the flour.
Knead the dough firmly and add a little water until it is supple. Then form the dough into a roll and cut off small cubes: roll the individual dough cubes out thinly.
Mix the chives, the potatoes, the curd and the gray cheese to a creamy mass. If this is too firm, stir in some water and salt well. Place the potato and cheese mixture on the dough pieces, making sure that it is not too much, otherwise the mixture will run out during baking. Fold the dumplings together and press them well into a half-round form. Heat the oil in a high pan and deep fry the doughnuts until they are crispy brown.

All about Silent Night

Advent season and Christmas customs in the land of “Silent Night”

Give Aways and presents of the "Kollektion Tirol"